Researcher of social insects and their microbes

Press release by Hayley Dunning on a recent publication

Having more flowers and maintaining diverse bee communities could help reduce the spread of bee parasites, according to a new study.

The research, conducted on more than 5,000 flowers and bees, reveals how bee parasites spread and what measures could help control them.

Bees can be infected with a cocktail of parasites that can cause a range of symptoms from reduced foraging ability to dysentery and death. Though parasites contribute to bee declines, scientists are unsure how they spread between bee species.

“It’s a little like if subway cars are sites of transmission between humans – if there are more subway cars, there are less people in each and less chance for transmission.” Dr Peter Graystock

Flowers are essential for bee health, but may also act as transmission hubs for bee diseases. Over a growing season the diversity and abundance of bees and flowers change but little is known about how this may be linked to the risk of parasite transmission.

The new study, published today in Nature Ecology and Evolution, suggests having more flowers and a more diverse bee community could help dilute the load of parasites, and that this may be particularly important in areas with high densities of social bees, such as honeybees and bumblebees.

Lead author Dr Peter Graystock, who completed the work at Cornell University and now works in the Department of Life Sciences at Imperial College London, said: “We found that when bee communities are at their most diverse, the proportion of infected bees were at their lowest; and when flowers were at their most abundant, fewer were likely to be acting as transmission hubs. 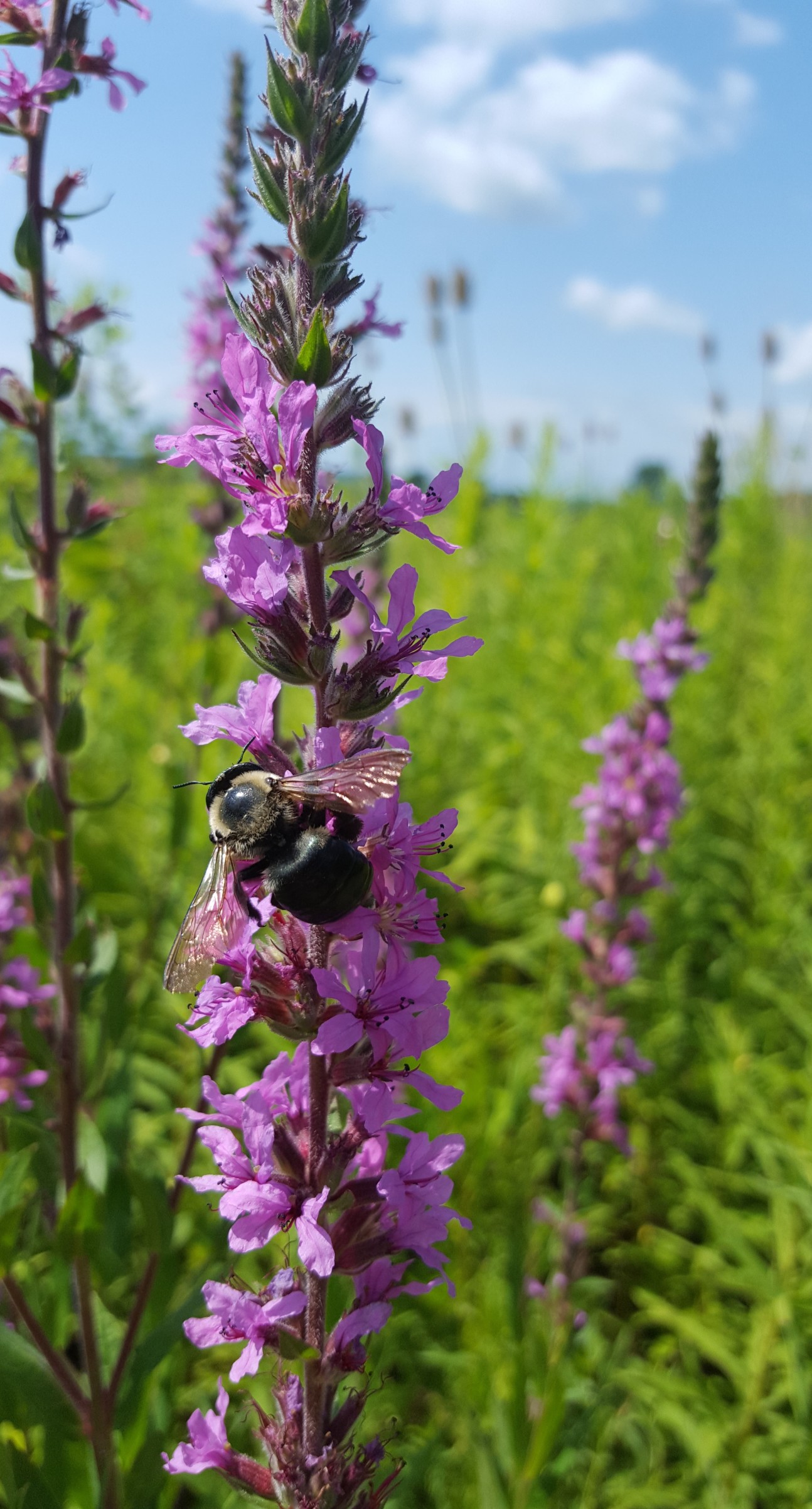 “There are two things potentially occurring here. In diverse bee communities, parasites are more likely to end up in a species they are not compatible with, meaning they can’t replicate and spread further. The second thing is by having more flowers, bees aren’t all visiting and contaminating the same few flowers with high concentrations of parasites.

The team screened more than 5,000 wildflowers and bees across a 24-week growing season, capturing changes as different flowers bloomed and different species of bee dominated.

Bees had the highest prevalence of parasites late in the season, when social bees formed the majority of screened bees and overall bee diversity was lowest. This suggests keeping bee diversity high, with a variety of social and solitary species present, could help reduce the spread of parasites.

Since social bees are likely to come from farmed colonies, the researchers also say their research points to the importance of keeping hives healthy, to avoid infecting wild bees.

The study is the first time researchers have screened wildflowers and bees for parasites over the season, and as well as the abundance of flowers affecting transmission, the team also found that the species of flowers played a role.

For example, the species Lychnis flos-cuculi, commonly known as ‘ragged robin’, often had multiple parasite species on them, whereas Lythrum salicaria, or ‘purple loosestrife’ had few.

Dr Graystock added: “The power of this study is the number of bees and flowers screened over time, allowing us to see if the patterns fit with parasite transmission theory. We next want to dig deeper and understand some of the underlying mechanisms – such as why some flowers are more likely to harbour parasites than others.”

« PhD Studentship available: The context dependence of disease spread and virulence in a pollinator system